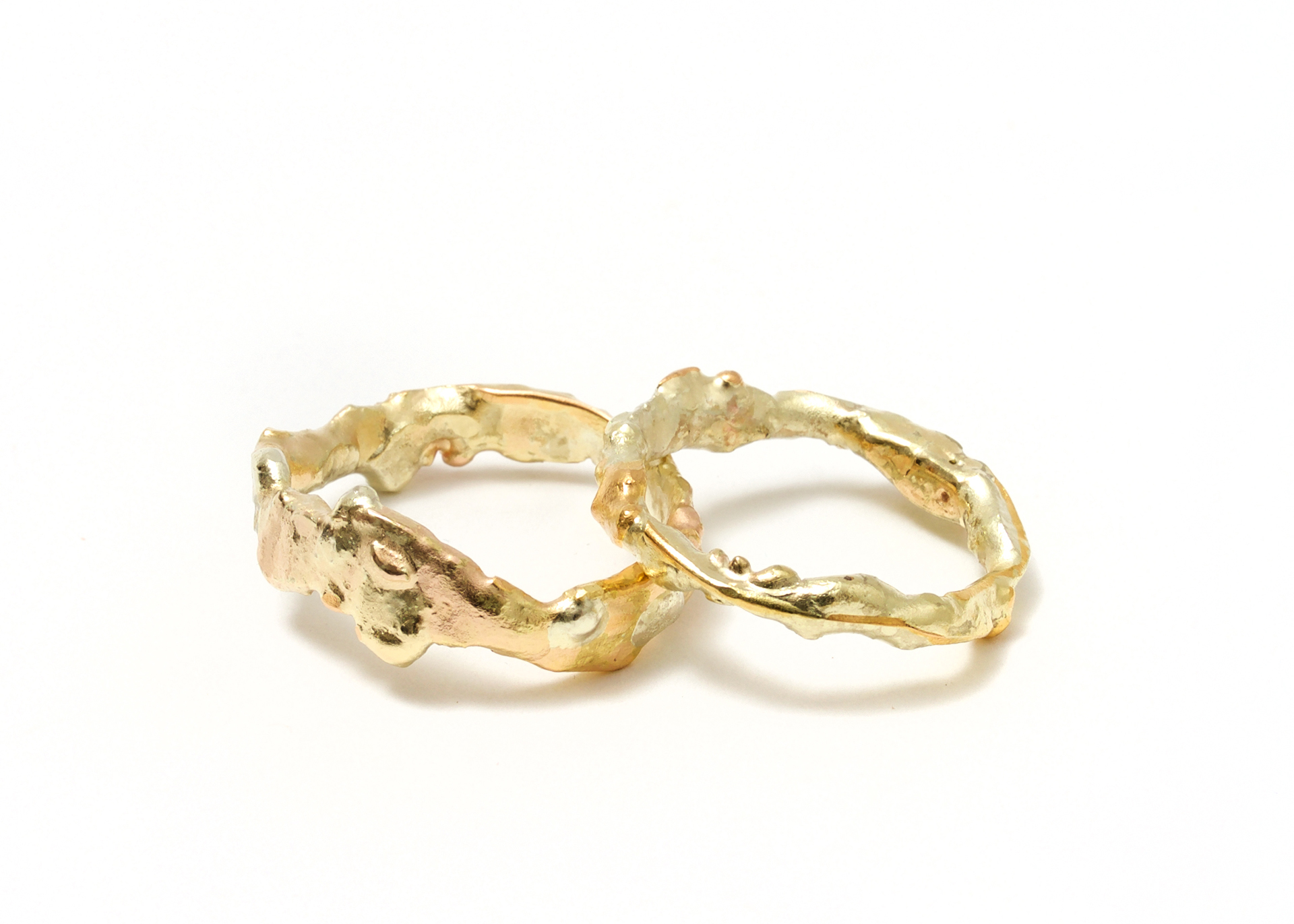 H. and T. love collecting, playfulness and individuality in life as well as in their relationship. It doesn’t have to be all that smooth.

For their wedding rings, both their families contributed old jewellery that was no longer worn, but still had economic as well as emotional value. These pieces in different gold alloys and colours were melted together, but at the same time not entirely mixed. 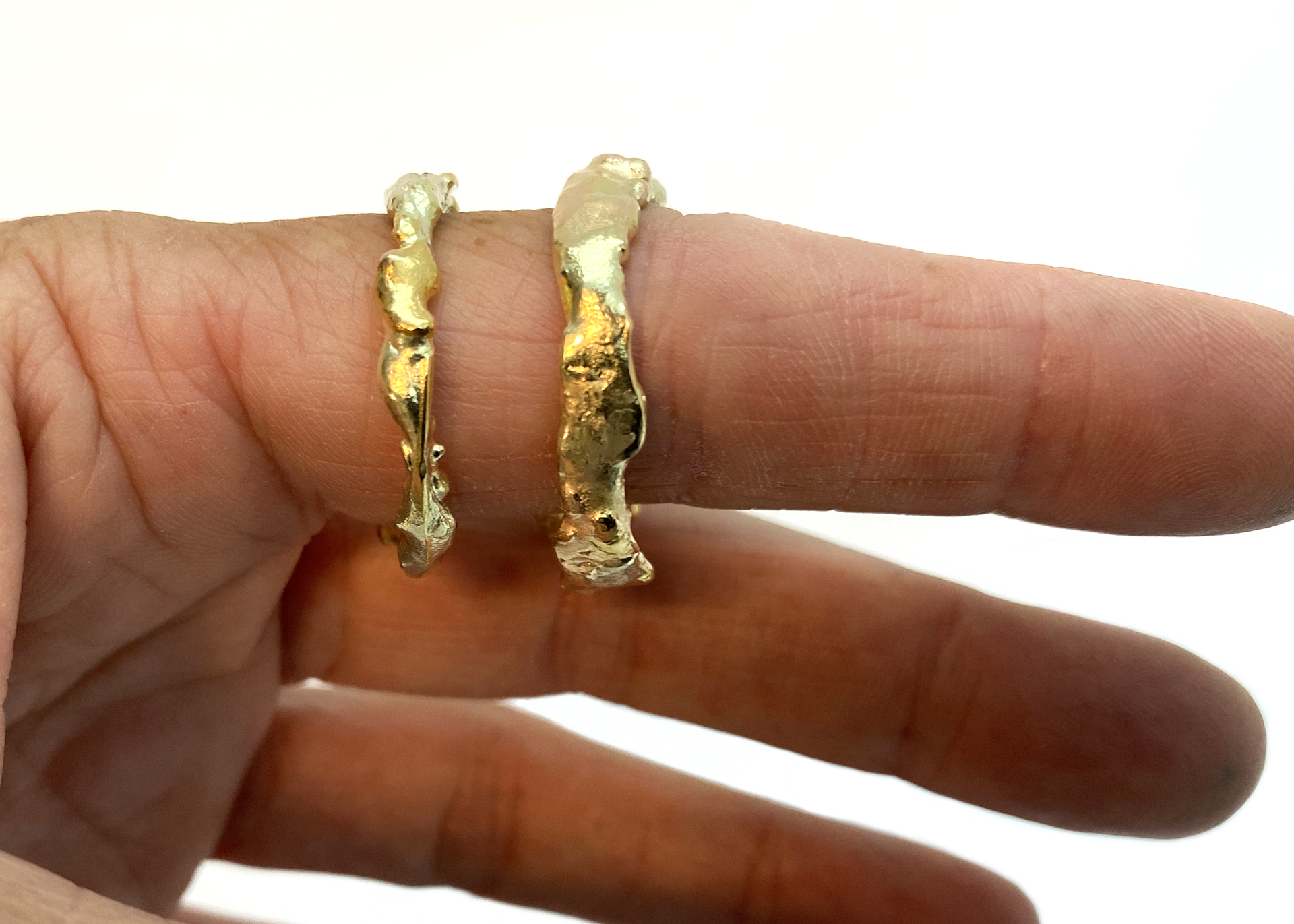 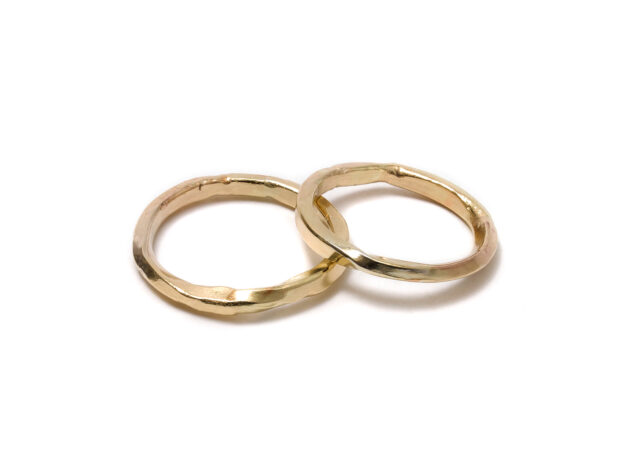 Engagement rings for H. and T.
different gold alloys, not entirely melted together 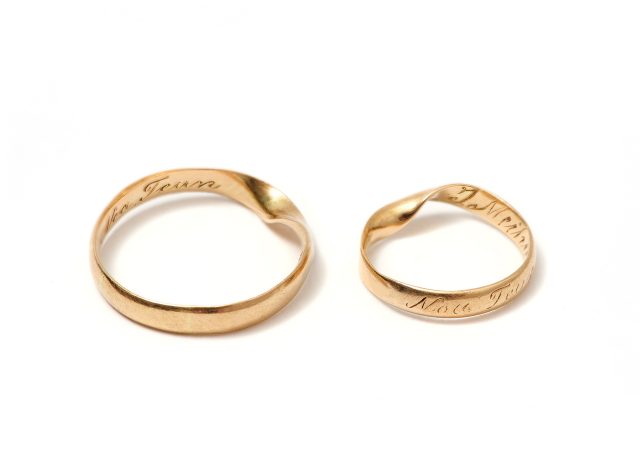 After being together for many years and having started a loving family, K. and J. decided to officially get married and to throw a party. This was also intended as a tribute to the parents and the children.

R. and L. are passionate climbers. Before getting officially married, they went globetrotting for some months to sense freedom and the special bond they have.
Their wedding rings wear the traces of the climbing rope they used during the trip as a symbol for their intense relationship and mutual support.